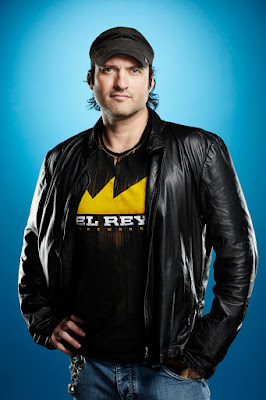 The icon of independent filmmaking doesn't slow down efforts for popularizing the craft. Maverick director Robert Rodriguez always shared his knowledge with others. And he is a keen student too. The newest example of this approach is his "Director's Chair" on El Rey Network - interviews with the most rebellious filmmakers on the planet.

Beside producing a fistful of 10-Minute-Film-School videos Rodriguez penned two books in the early nineties. These were the famed "Rebel without a Crew" - his journal from the time of filming "El Mariachi", which catapulted him to Hollywood. The second book titled "Roadracers: The Making of a Degenerate Hot Rod Flick" dealt with his less known first Hollywood picture starring Salma Hayek and David Arquette. 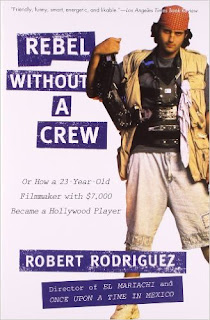 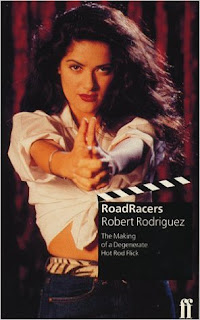 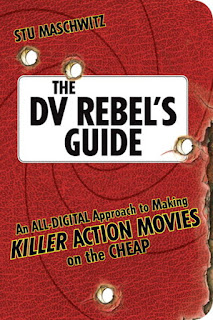 For almost two decades nobody cared to write about Rodriguez's films. He collaborated quite often with Quentin Tarantino and media focused more attention on the more chatty buddy. In the meantime he praised the book written by his pal, Stu Maschwitz "The DV Rebel's Guide: An All-Digital Approach to Making Killer Action Movies on the Cheap". Rodriguez said: "I'd been wanting to write a book for the new breed of digital filmmakers, but now I don't have to. My pal and fellow movie maker Stu Maschwitz has compressed years of experience into this thorough guide. Don't make a movie without reading this book!".

In 2012 Rodriguez was invited to the popular series of "Converstations with Filmmakers". Zachary Ingle edited interviews with Rodriguez covering the span between "El Mariachi" and "Spy Kids 4". The content covers mostly behind-the-scenes issues which makes it a perfect insight into his creativity. Did you know that James Cameron only after his suggestion started editing on his own (receiving Oscar for "Titanic"), or that the idea for successful series of "Spy Kids" was an offspring of flawed "Four Rooms".

Last year, in appreciation for Rodriguez's films which dealt with Latino identity and experience, Frederick Luis Aldama dedicated him two books. "The Cinema of Robert Rodriguez" offers a close analysis of Rodriguez's work, while "Critical Approaches to the Films of Robert Rodriguez" deals with ideas hidden behind grainy and trashy visuals. Alama credits him for elevating Latin actors to become major players in mainstream movies and changing the reception of Latino identity.

The rogue filmmaker started his own television network in 2013. Its target are the American audiences of Mexican background, who till then stayed unnoticed. El Rey (Spanish for The King) makes them feel at home. King-size content consists of Bruce Lee films and alike, original "Miami Vice", brand new "From Dusk Till Dawn" series or... "Lucha Underground" . But the very own show is "The Director's Chair with Robert Rodriguez" dedicated to masters of cinema. [...]